And then they were 3

Posted by ismeisreallyme on 7 May 15
Posted in: real life. Tagged: dinner with P, real life. Leave a comment 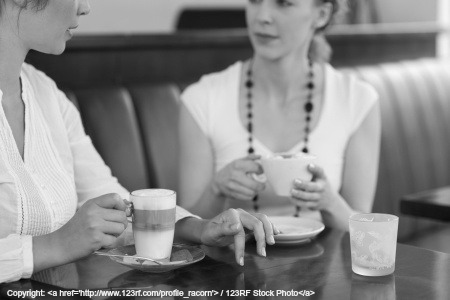 The other day, my friend P and I found time in our mutual schedules for an early, albeit quick supper before the demands of our mutual families took precedent. We agreed on a local restaurant close to where my new office is and went about our respective days. No sooner had I walked into the lobby of the café did P look down at her phone with a curious look of disbelief on her face. She didn’t see me approach as she swiped her finger across the miniscule screen in an attempt to open the document waiting for her. P looks up briefly and greets me with a cheery “hello” and looks back down at her phone.

Handing it over to me, she asks “Does this mean what I think it means?” I look at the miniscule screen to read: “Attached is the receipt and confirmation of the filing as of 4:30pm today. Good luck to the two of you. Best, Random Family Mediator”

“Yes, I believe it’s exactly what you think it is. How are you feeling?” I venture…

P scrunched up her face a bit and without batting her eyelids said; “fine” Truthfully, I’m not sure what I expected. While P knew over 5-years ago that she would be ending her marriage, she envisioned waiting until their oldest was out of college and their youngest was a senior in high school. As life often happens, in this past 2+ years, she had a reckoning or an awakening and last year she made the move to uncouple. P & Ike were married just over 23-years. He is  a good man, lovely father, provider etc. P is a good woman, an equally lovely mother and provider. All is good. And yet, it was a half life for her and when she approached Ike about her unhappiness and the desire to no longer be married, he too agreed that maybe, just maybe there is more out there. Not to say it’s been easy at all. In contrast to many of our other friends or even blogs we’ve both read, they have had an almost idyllic parting. There wasn’t any quibbling over the amount of child support, alimony or rights to future earnings. They’ve agreed to a shared parenting plan that’s generous in either of them asking for extra time with the kids or having the first opportunity to have the kids if the other has a business trip or vacation out of town.

Is she sad. Yes, of course she is. Even though she took the first step, it’s still the end of a marriage and an era. She’s also sad that it took her 18-years to make the move. We both say it’s a generational thing. How we were raised and the expectations but in truth, much of the hesitation is also rooted in fear. Pure and simple. Is she overly elated and planning a “I’m Divorced” party? Nope. As we were talking over dinner, her now xH sent a text. ” Got the news. We did it P. I’ll see you when I drop the kids off on Friday. Heading to dinner with N. Thanks…Ike”

Regrets? The initial pain in the eyes of her kids when they told them all of those months ago. What would she have done differently? Had the conversation with Ike sooner.

And now, just shy of 16-months of starting down the road, they have officially come to the fork in the road.